Happy Father's Day from Morley Auto Services! Read more about our story as a family-run business, passed on from father to son for three generations. #fathersday #familybusiness #familyrun #supportlocal #redhill 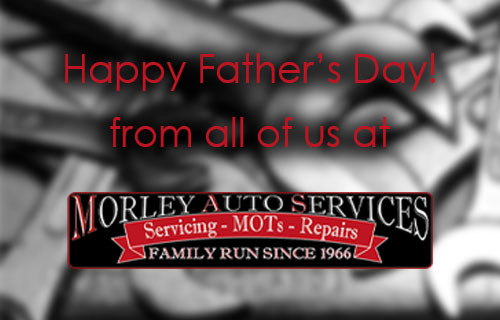 We are extremely proud to still be family-run for over 50 years, passed on from father to son.

Here's a bit of our story:

John Morley, Ian's father and Ben's grandfather, opened the doors of J. Morley Auto Services for the first time in 1966.

Based on Oakdene Road, Redhill, John traded for many years before Ian reached school leaving age and decided to follow in his father's footsteps. After serving an apprenticeship at Reigate Garage, Ian eventually joined his father in the family business in 1972.

The garage remained under the watchful eye of John until his retirement in 1999, when he handed the reins over to Ian.

Ian's son, Ben, had been a regular at the garage since an early age. In 1999, Ben joined the company whilst completing the final two years of his BTEC HND at East Surrey College.

Looking to the future, Ben is keen to ensure that Morley Auto Services remains in the family, with his son Alfie John Morley likely to follow in the footsteps of the three generations before him.

When you subscribe to the blog, we will send you an e-mail when there are new updates on the site so you wouldn't miss them.